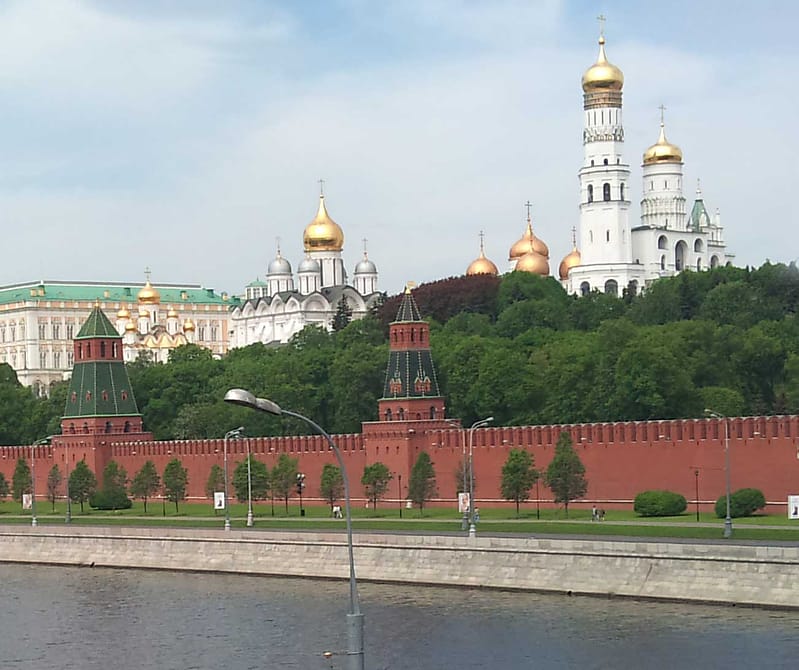 The Kremlin is a city within the city. It is the mythical power center of Russian federation as it was in the Soviet era. Surrounded by big walls it has also got the characteristics of a fortress.

As the power and dominance of Kiev was crumbling under the Mongol invasion in the 11th and 12th century, there is a chronicle telling of a feast at the hunting lodge of Yuri Dolgorukiy the king of the Rostov and Suzdal area. The lodge was situated on top of a hill that overlooked the Moskva and the Neglina rivers and that made it an ideal place for a fortress or a kremlin (a kremlin is the russian word for fortress.ref Wikipedia)

Today the Kremlin is often confused with the St. Basil Cathedral in the Red Square though this is not even inside the Kremlin walls but just outside 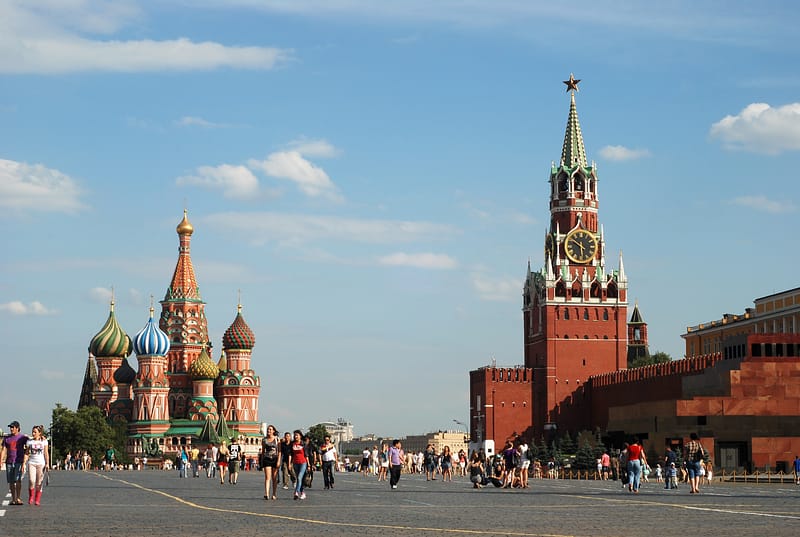 The Red Square orКрасная площадь (Krásnaja Plóščaď) is not, contrary to what many believe, a name given to it by the communist rulers after the 1917 revolution. The name is much older. The Russian word Krásnaja also means beautiful. Thus, to call it the RED Square is actualley a mistranslation. The correct name should actually be The Beautiful Square. 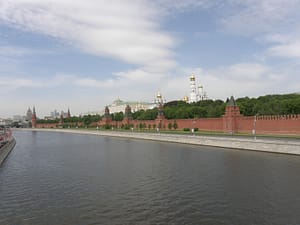 Moscow with a Guide There are quite a few difficulties facing anyone who comes to Moscow as a tourist. The major one is, to my