Belarus is nicknamed the “Last Dictatorship in Europe,” and it’s often described as a vestige of the Soviet Union, a sort of museum piece. But a visit to the country quickly gives you a different impression.

Beyond the airport, there are few signs this is the kind of place that locks up its dissidents, breaks up peaceful protests, and censors the press, though it does all three. Portraits of Lukashenko do not hang from every wall. On the highway from the airport, there are more ads for casinos then there are notices imploring public order. And there are far more soldiers on the streets of Paris and Rome than there are in Minsk—the only ones we saw were unarmed, off-duty layabouts hanging around the National Art museum

Minsk was awesome. The old quarter, or “upper city,” isn’t much of anything, housing a restored town hall, a few churches, and some overpriced tourist restaurants. It’s all what we call Soviet Brutalism. But it’s well kept, nice and clean. There are parks and green areas everywhere.

Most of the city was destroyed in World War II and was rebuilt to Soviet specifications. Long government buildings, occupying whole city blocks, are the order of the day. Far from being the dull, drab concrete monstrosities of western imagination, most of them are tall, awe-inspiring buildings. Taking pictures of government buildings was said to be a quick way to get hauled off but we saw nothing of that anywhere.

Traveling through the ex-Soviet states, you find different reactions to the dissolution of the once mighty Soviet Empire. Some miss it (Russia), some are ambivalent about it (Moldova, Kazakhstan), and some are thrilled it’s gone (Estonia, Latvia, Lithuania).

In Belarus, it’s like it never went away in the first place. The flag is different but a lot of the rest seems the same. The secret police, headquartered on praspiekt Niezalienznasci is still called the KGB. Oktyabrskaya Subway Station is walled with mosaics celebrating socialism.

Civil servants still wear green uniforms, including the enormous peak caps Russian generals wear in Cold War thrillers. I had always assumed they were exaggerated by Hollywood. They aren’t.

This hasn’t stopped McDonald’s, H&M, Coca-Cola, and the rest of capitalism’s distributors of shit from setting up shop throughout the city. But they seem invisible behind the socialist realist façade.

Wherever there is celebration of the Soviet Union, there will be nostalgia for World War II, or “the Great Patriotic War” as it’s otherwise known. Except for Poland, no country was ravaged in the war like the Soviets, and Belarus, being in the Soviet far west, got it the worst. Belarus lost a third of its population, including 800,000 Jews.Maly Trostenets, 12 kilometres east of Minsk, was the fourth worst Nazi death camp, after Auschwitz, Majdanek, and Treblinka.

Sure, it’s propaganda—the Baltic republics were invaded and occupied, not “incorporated” into the USSR, as the official version would have you believe. But when the Nazi war machine kills a third of your people and burns your country to the ground, you tend to view things through a certain lens.

All this said, the people of Minsk know how to party. Belarus is ranked by the WHO as the hardest drinking country in the world, consuming an astonishing 17.5 litres of pure alcohol per year, per person. (The government disputes this figure.) Vodka and brandy are poured and sold everywhere, and the bars are packed with beer and wine drinkers. Falling down drunks aren’t too common though—even when getting loaded, people watch themselves.

All in all our first impression of Minsk was a very favourable.

More from minsk and belarus

Dudutki is a museum complex of ancient crafts and technologies. It’s a fascinating journey into the world of the old life and professions, tasting original 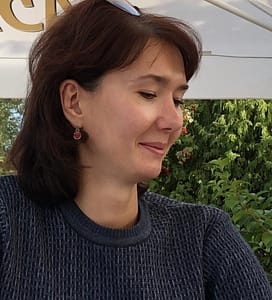 As with many of the former Soviet republics, it can be a challenge to visit Belarus. For one thing; the language. They use cyrillic letters