An event not to be missed when inside the Kremlin is the changing of the guards. It is quite a spectacular event, with horses and guards, guardsmen firing guns in the air and the only sound drowning the yelling of the commander is the clicking of cameras from the huge crowd of spectators. 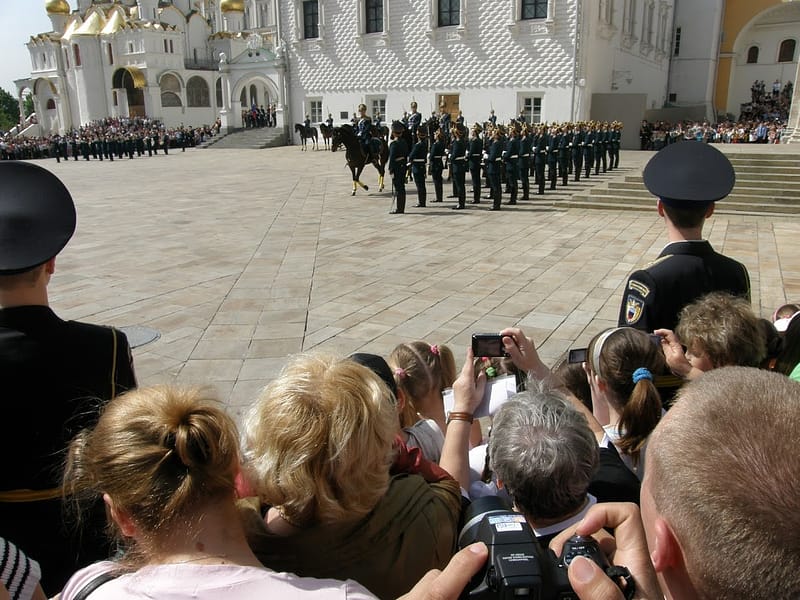 One of the most spectacular sights within the Kremlin is the large bell that is on display in the major square. It’s called  The Tsar’s bell and it stands on a pedestal not far from the Ivan the Great belltower. It is actually by far the largest bell ever cast, it’s more than six meters in diameter,  stands more than six meters tall and weighs more than 200 tons.

Images from The Kremlin

Moscow with a Guide There are quite a few difficulties facing anyone who comes to Moscow as a tourist. The major one is, to my

The Kremlin The Kremlin is a city within the city. It is the mythical power center of Russian federation as it was in the Soviet