Driving along the “SS 163 Amalfitana” or “Amalfi Coast route” from Positano to Salerna is a spectacular experience. 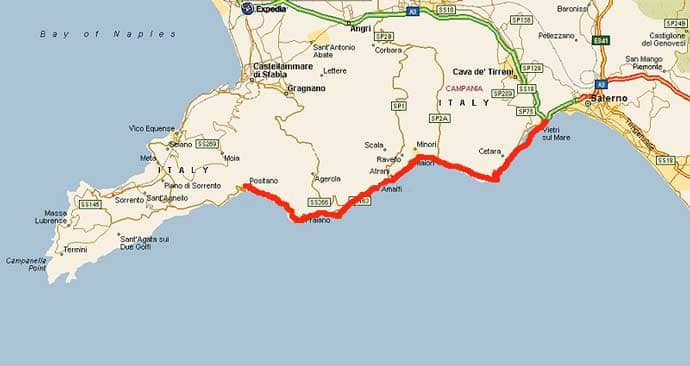 Though the whole area is like a crowded amusement park you still get an impression of its stunning beauty. From the steep streets of Positano to the spectacular views from Rafaello.

Italy begins at the Amalfi coast

There are a lot of images of Italy but only a few of them are from the northern parts of the country. Some would go as far as to say that “the real Italy” begins at Amalfi. Everthing north of it is just another country. This is a claim that it is easy to agree with. Here are the steep cliff falling into the emerald ocean, orchards clinging to what little soil can be found and picturesque towns with their narrow streets. The only thing that can spoil this beautiful landscape are the hords of holiday makers that swarm in from june through august. The roads are crowded and the towns are jammed.

The only thing that unsettles the impression are the crowded roads: Amalfi – a crowded beauty